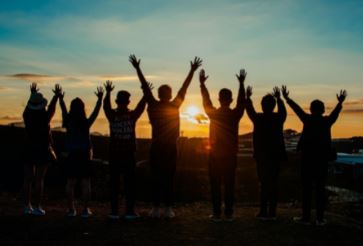 The Psychology Behind Booking a Treasure Hunt.

I worked at a company once where I was in charge of placing orders. I know..I know..sounds like a big risk on their part already! The main bit of advice I got, apart from get three quotes, was to spend the money as if it was my own. Now,  I would say I`m fairly cautious with spending my money so that suggestion probably worked out all right. However, I could think of one or two of my colleagues where that was going to be a recipe for disaster and we would likely be broke in a couple of months.

This expenditure covered a whole range of items from cleaning products to vending goods and sports equipment. The cleaning range although essential was not my area of expertise so I chose the cheapest that did the job-I fulfilled a need. The vending machines clearly included my personal favourites (had to be some perks in this role) and those purchases fulfilled a desire. The sports equipment was the one where I really spent  time considering the options. This equipment was for a combination of  hiring out and outright sales.It had to be fairly strong to withstand the battering it was going to get, however I also wanted it to portray an image of people who knew what they were about when it came to sport, not least because I was also part of the frontline team responsible for selling it. I didn`t want the embarrassment  for me and my colleagues of trying to persuade the public to purchase some `cheap as chips` badminton racquet. I tried to buy high quality racquets at a competitive price that would suit a range of outcomes. I also needed re-assurance from the vendor that these racquets had an element of robustness too. There were several levels of psychology at work here.
Today I started to wonder whether the same psychology of buying should apply to a Black Cat treasure hunt. I was surprised by how neatly things linked up including the purpose and circumstances you find yourself in when it comes to the acquisition.
For example there are normally 25-30 treasure hunts already on the website, costing from only £1. These cover villages,towns and cities across East and West Sussex. Ideally for visitors who may not be familiar with a place, but will find these absolutely achieve their goal of exploring and discovering new places at a cheap price.
Having achieved one comparison I thought about the hen party treasure hunts. Typically it will be down to the head bridesmaid to send on their choice of the best photos and most amusing pieces of information about the bride to be, with which I will eventually personalise that particular style of treasure hunt. It was becoming apparent that there was more to this psychology lark than I thought there would be. I had found my `vending choice`(ie my favourites) in the world of treasure hunt purchasing.
Finally, it came to teambuilding treasure hunts. The purchaser is often an office manager or a P.A. to a manager. This person has got to bear in mind that their friends and colleagues will be attending the event too. The pressure is on  to make a good choice at several levels.As a social event it needs to be fun, as a teambuilding event it needs people to work together and as a business expenditure it needs to be value for money. Well...what can I say. I think that Black Cat Treasure Hunts` teambuilding treasure hunts fits the the bill perfectly in all three areas, but then again I would because I`m biased!
All I can suggest before you email me (Tim) on info@blackcattreasurehunts.co.uk to get your booking started, is to check out these independent testimonials and google reviews.
< Back to Black Cat Treasure Hunts Blog