Black Cat Treasure Hunts officially started in 2012 at the same time as the London Olympics. We decided to have a lowkey opening so as not to overshadow that momentous event. It was not until 2013 then that our original and sought after personalised and bespoke treasure hunts came into full swing. This 80th blog looks back at 8 classics (not including hen party hunts) from the last 8 years of crazy events.

2013: So hard to choose. The team from Brilliant Noise in Brighton were up for anything in a Christmas treasure hunt that had them scouring flea markets for a game called Carcasonne to searching the Museum and Art Gallery for the alternative use of Mae West`s lips!
However, Park Plaza Hotels  just pipped them when they came down from London and absolutely blitzed The Great Hotel Heist event .Their 5* rating led to a special treasure hunt for their guests starting and finishing at their hotel near The London Eye.

2014: Electric Putty made their debut in an entertaining hunt, whilst 2019 saw their return to action. It was a treasure hunt in Lewes though that made number 1 this year when the Blind Veterans made their first appearance of three including sound,taste and smell tests on route.

2015: It was a tale of two birthdays this year with Midhust facing off against Tunbridge Wells. Black Cat doesn`t normally venture outside of Sussex, but fancied a trip across the border to Kent and was not disappointed by the variety of clues on offer which tipped the scales in favour of the spa town.

2016: An interesting year, but it was a competitive event involving teams from LinkedIn (the business connections social media company) who took the accolades this year. Meeting at a hotel in Brighton Marina meant starting the treasure hunt aboard Britain`s oldest electric train from the 1880`s(!) to get back along the seafront to sample some of the deleghts back in the city. Taxi`s needed to be booked to get them back to base in time so that no penalties were incurred. Fast,furious, but with a keen eye for the answers was the key to success on that day.

2017: A PR company from London completing an Amazing Race  were pitched against a digital media company from Brighton taking on a Murder/Mystery theme. I would have gone for the latter as they finished off with the`big reveal` during a BBQ in Preston Park, but in the later part of the year they were both topped by Hastings Direct from Bexhill. The HQ of this insurance company in the home of British motor racing saw some highly imaginative photos and information sent by the participants in response to some car themed questions prior to the event. Crazy capers ensued. 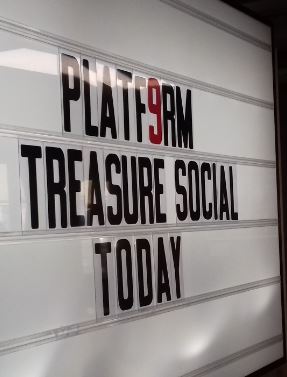 2018: A lot of the `big guns` were back in this year. Arsenal sent their ticketing staff for a day out in Brighton, Assystems completed their second event with a Cockney Rhyming slang theme and a company called Broadplace got into the spirit of things with some original fancy dress. The Blind Vets were in Brighton as were Plaf9rm who took on an ambitious evening time treasure hunt complete with
attempts at a Dirty Dancing `lift` outside Brighton`s Theatre Royal. Just when I couldn`t decide on a winner along came Skinny Dip based in Primrose Hill. Black Cat got the train up to Camden Town and set a testing and entertaining hunt in the capital complete with a tube journey including a Mexican Wave.

2019: Probably the best year ever for this style of treasure hunt. Boundless recreated the Moon landing and Brandwatch were brilliant in an Agatha Christie style murder mystery where the participants were also amongst the suspects. The start of the year had seen the Blind Vets take part in a mad event based in their own building. Thakeham and WTW in Reigate were also contenders, but I`m afraid there was only ever going to be one winner this year after the 28th June. CIS London were a team of Russians led I think by a Kazahkstani who came down from London and..Moscow! The treasure hunt was translated into Russian script, the fancy dress involved long dresses,gems on faces and outfits from Game of Thrones, whilst the route combined the Seven Sisters cliffs and back around Brighton too. Hunting for mystery objects and professional photographers made this a day that anyone who witnessed it will never forget.

2020: What can I say? Treasure hunts halted in their tracks with a hope that 2021 will be a happier time. Unilever completed a hunt with a sustainability theme early in the year and maybe that was a hint towards the best way to go for the rest of the year. 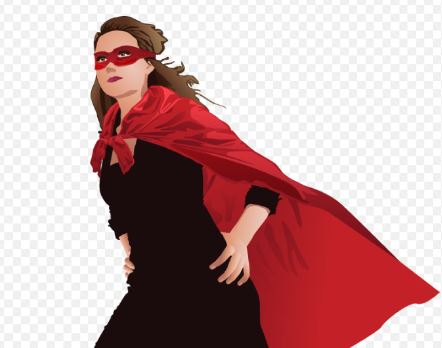 Black Cat looks forward to future enquiries when things are clearer and people are allowed to be social rather than practicing social distancing. Hopefully you have been inspired by one or two of the above and would like to begin a booking for 2021 via info@blackcattreasurehunts.co.uk