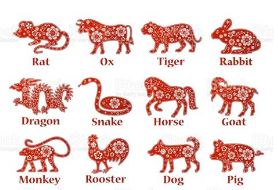 2022 Year of the Tiger. Is Your Chinese Animal Sign Ideal for Treasure Hunting?


The Chinese New Year starts in February and 2022 is the Year of the Tiger. I am particularly excited as my birth year is a Tiger year..I guess it was the closest I could get to a cat! It got me thinking though as I began to wonder whether there were any characteristics shared by those who like treasure hunts.
You will be pleased to know I did some exhaustive checking..well I had a browse at my laptop whilst the football was on the other night.I looked at the birth years of the 168 most recently subscribed members of Black Cat Treasure Hunts.I did find a clear leader and clearly one in last. As there are twelve animals of the Chinese Zodiac (like our 12 signs)I was expecting each one to have 14 treasure hunters.Not so! Only two had exactly that number mainly because comfortably out in front were those born in the Year of the Goat, whilst lagging behind were those from the Year of the Horse.
Goat Years include 1943,1957,1969,1991,2003 and 2015. Are any of those your year of birth? I then investigated what the typical attributes of the different animal signs were. Apparently people from Goat years are strongly creative and show high levels of perserverence.Goat people (sorry..that sounds a bit odd!) are also friendly and sympathetic. To me this sounds the perfect make up for a good treasure hunter. Black Cat Treasure Hunts always aims to write clues and challenges that will be seen as creative and,indeed, it always pays to perservere to find the answers that are hard to see in order to get the highst score.As a Black Cat treasure hunt is often done in a team or as a group or maybe as a family I also feel that a goat being friendly and sympathetic  to the less talented treasure hunter is also a desirable approach!
I can see you are getting interested in my theory now. In second place, just ahead of most of the others, were those born in Rat years. (1948,1960,1972,1984,1996,2008).Words/phrases used to describe rats were ambitious, worked hard to achieve goals,charming and talkative. On refection I felt these would be ideal characteristics for those taking part in one of our competitive or team building treasure hunts.
And down the bottom?..for the moment anyway...were those from Horse years. I know, I know, I couldn`t believe this either. Maybe they gallop ahead too quickly without looking properly!? No..according to my sources they love parties and entertainment and are naturally good speakers.They can talk too much and like their independence as well. Mmm ok..it`s all making sense...I think I am on to something. Horse years for your reference are 1954,1966,1978,1990,2002 and 2014.
Which Chinese animal sign are you born under? Do you believe in these findings or is it just a load of mumbo jumbo? I think I will have to look at star signs next and see if there is a good match up. Until next time I wish you happy treasure hunting whichever Chinese animal sign you are.