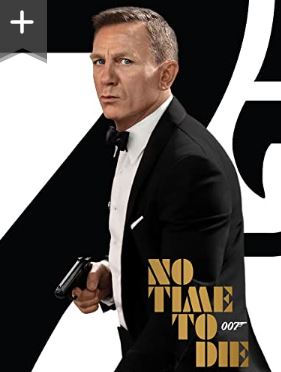 How much is a Black Cat treasure hunt like a highly anticipated film?

It struck me the other day, whilst discussing which film to go to, that there are many similarities (and 1 or 2 key differences) between a personalised Black Cat treasure hunt and the whole, `latest film` experience. Surprised?...don`t be ..here is the complete run down of the treasure hunt v film comparison!

1. Advance publicity/expectation: A personalised Black Cat treasure hunt of any type involves getting a group together--whether that`s for a hen party or teambuilding, and then deciding on a theme or selecting info/photos about the participants. After that stage everyone is split into teams to take part. This inevitably leads to much discussion and excited expectation as to what is going to happen on the day. Compare this to the latest Bond film, No Time To Die, and because it has been delayed and also happens to be Daniel Craig`s last film as Bond, there has clearly been a ramping up of publicity and excitement.

2. Plot: Probably the biggest difference, on the face of it, between the two. Sometimes a film is based on a book and people know the plot in advance or are intrigued to see if the film changes it or sticks closely to it. The plot (or lack of it) in a film, especially if it is a thriller genre, can often lead to a lot of discussion. A Black Cat treasure hunt does not normally have a plot, but it does have a treasure hunt route that is unknown in advance for the teams to follow as closely as possible. I mentioned `normally` a second ago and that is because Black Cat Treasure Hunts has a Murder/Mystery version that involves the teams working out the backstory/motives and the main suspect! You try and match up your version of the plot to Inspector Black Cat`s!

3. The Stars: Some people decide on which films they are going to see based on who the main star or actors are. In a treasure hunt you are the stars and can control to a large extent who is taking part or in which team you want to be and of course what happens during the hunt. The performance of a star in a film can often make or break the success of it whereas in a Black Cat treasure hunt there are parts to play for everyone and not one `role `is considered the starring role. The different roles in a treasure hunt (reading out the questions/challenges,taking photos/video clips,timing,looking out for answers) can also be swapped around during the course of it. Although a star can turn down a role they can`t swap with someone else during the film!

4. The Action- Twists and Turns: There is definitely a close tie in between the two on this heading. Film goers expect interesting action and twists and turns whichever genre of movie they are going to see. The same is true of a Black Cat treasure hunt. There are usually 5 or 6 mini challenges in a personalised treasure hunt and they are always different from hunt to hunt. The challenges have at least 3 options to them meaning teams can choose which ones to do and this leads to a lot of twists and turns...not least when it comes to the scoring. A Black Cat question can sound cryptic but is easy to answer when you are in the right place. Similarly, a piece of action in a film can often appear to be difficult to understand in terms of its significance until later on when you have seen the plot unfold.

5. Start/Middle and an End: The structure of a film, like a book, can mean introducing you to the characters at the start...enjoying the action and unfolding plot in the middle...and then seeing how everything is worked out/decided at the end. I was going to say, initially, that this quite different to a treasure hunt. However, in a number of recent teambuilding treasure hunts, because of Covid, a number of the participants had not met each other before. The event has been really helpful in introducing people to each other. The action unfolds as people work together and the end is seeing how your team has got on compared to the others.

6. Good Ending?: If I am at home watching a film then a `bad start` can mean me turning it off, but if a film is good all the way through, but has a `bad ending`(in my opinion) then it can unduly spoil my assessment of the film as a whole.This is not so true of a treasure hunt where the enjoyment tends to build as it goes along when those taking part fully understand the style of the hunt and what is required. A `bad ending` in a treasure hunt could be that your team does not win, but I really can`t remember this being a factor even amongst very competitive people.The reason being that Black Cat puts the emphasis on fun, everyone contributing, and an element of subjective scoring at the end adding to the banter.

7. Discussion Afterwards: A good film should lead to you and your friends/family having a discussion about it afterwards or maybe looking on-line to see how well other people and critics rated it. Black Cat`s treasure hunts finish at a place of your choice or our recommendation. A bar or accommodation lounge or cafe for example can be the venue for a lot of laughs as photos and video clips taken are compared and provide lasting memories.Scores can be debated with a little presentation to all the teams.A film might win an Oscar, but the prizes for taking part in a Black Cat treasure hunt will stay with you forever!

Want your treasure hunt to be every bit as good as an epic film then contact me (Tim) on info@blackcattreasurehunts.co.uk to get your booking started.