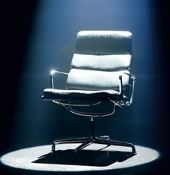 I had not watched Mastermind on TV for ages. The other night I was at a loose end though and decided to give it a go. As you do, I started to worry about what specialist subject I would choose when I intevitably applied to go on the programme. As I struggled to come up with anything suitable I changed over to a different channel.
Later that night, however, I began dreaming I was on Mastermind for real. This is how I got on...

Mr Black Cat you have 2 minutes...

Q1. In which year was Black Cat Treasure Hunts founded?
A1. 2012.
Correct.
Q2. Which on-line treasure hunt features a battle, a castle, an Iguanodon and a wife of Henry VIII who outlived him?
A2.

The V&A Museum in London.
Q7.  What is the most number of participants you have organised for a teambuilding treasure hunt that involved 5 zones in Brighton and sending in photos via Whatsapp?
A7. 90.
Correct.
Q8. Which place has featured most hen party treasure hunts?
A8.

Brighton.
Correct.
Q9. In which city did teams have the teambuilding challenge of dressing up as Romans in togas?
A9. Chichester.
Correct.
Q10. In search of Mad Jacks Mysterious Tower is an example of what type of treasure hunt?
A10. A driving treasure hunt.
Correct.
Q11. What was the nationality of the 16 participants who met Black Cat on the side of Seaford Head golf course dressed as black and white wizards?
A11. Russian.
Correct.
Q12. Which film did a team successfully re-create to score maximum points in a video clip challenge in a teambuilding treasure hunt and (noise off: beep,beep,beep!) I`ve started so I`ll finish... what 5 `props` did they use?
A12. Titanic. Ice cubes,cups of water, a boat,7 bystanders and a plastic life ring.

Mr Black Cat your time is up. You have scored 12 points and no passes.
It was at this stage that I woke up and wondered how well my general knowledge round had gone, but relieved that I did not need another specialist subject.
If you would like have your own bespoke treasure hunt that will probably land up as a Mastermind question some time in the future then contact me (Tim) on info@blackcattreasurehunts.co.uk to get your booking started.