visitBrighton are running a `Never Normal` campaign in response to the rather tiresome `New Normal` phrase that has crept in over the last few months. The implication, which Black Cat Treasure Hunts are delighted to support, is that the city of Brighton just doesn`t do normal. Black Cat is a partner with visitBrighton and agrees that the city is creative, original, lively...anything but normal!

With a variety of personalised treasure hunts to choose from including hen parties, teambuilding and special events Black Cat has chosen eight (because that`s not really a normal number for lists) `Never Normal` challenges that have featured over the last year.

1. Dancing Salsa with your dog.
This was from one of our most recent, indoor treasure hunts. When the challenge is to record two participants trying out a Latin dance, but you are all alone with your Husky dog then there is only one option.....!
2. Try out a cunning disguise.

When you are attending a hen party a quick disguise can always be handy on a night out! Take a video clip or photo of at least three of the team in one of the following disguises: dark glasses (2pts)..or..peaky blinders (4pts).. or..silly hats/dark glasses and moustaches- which may be drawn on (5pts).
3. Beer fridge Friday helps teambuilding.

Black Cat likes the sound of your beer fridge Friday. Take a photo of 2 team mates pointing to one of the following as proof of another `day` that you could attend which may or may not be strictly on route:  Tequila Tuesday (3pts) ..or..Epik Wednesday (4pts).. or.. Madcap Monday (5pts)-Black Cat made this one up so to get the points take a video clip of your whole team, with the word Monday showing at your chosen venue, behaving in a mad way and with at least 2 caps being worn.

4.Would you marry a stranger?!

The Lanes (Zone D) is famous for, amongst other reasons, its jewellery shops. Take a video clip of a team mate temporarily putting a ring on the finger of a stranger in the middle of `The Lanes` district and asking to marry them (5pts). 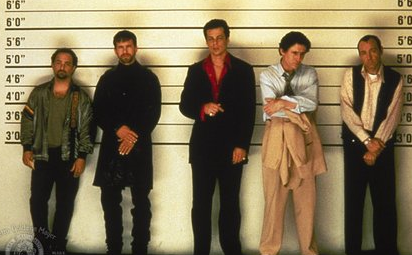 Usual is not necessarily normal.

Take a video clip of 5 of your team posing exactly like `All The Usual Suspects` in front of the Clock Tower. Get a stranger to point at one team member who is not the Keyser Soze figure in your team. (up to 5 pts max).

Take a video clip re-creating the historic moment of men landing on the moon....on the beach(6pts). To get all the points you should include: your whole team running on the beach as if there is almost zero gravity, a crater made out of pebbles, an American flag and one team member clearly saying "That's one small step for man, one giant leap for mankind." in an American accent.

They are not too normal down under either!

Annie held a Wallaby on a trip to Australia. Although there is no realistic chance of that happening today there may be alternative opportunities to remind Annie of that fantastic country. Take one photo of either an Australian flag (2pts) )..or..an inflatable kangaroo (4pts)..or..a cork hat (3pts)..or..a stranger wearing an Australian national Rugby Union shirt (4pts)..or..a video clip of the whole team singing `Waltzing Matilda` on route (4pts)..or..a can of Castlemaine or Fosters (1pt).

8. When all else fails...Try Twister.

One or two of the questions may have tied you in knots so instead take a photo of your whole team as if they had completed three rounds of the game, Twister. Points awarded for the most `original` positions held.

So there you have it..if you want New Normal look elsewhere, but if you want a style that was never normal anyway then contact us on info@blackcattreasurehunts.co.uk
#nevernormal